Editorial: Behind The Scenes at the Academy Awards

When watching arrivals at the Academy Awards® on television, a lot of people don’t realize that what they are seeing is actually a block long television set that has taken over Hollywood Boulevard. Besides the talent you see on stage inside during the show, and all their production crews and support people, the arrivals area alone is a completely separate, completely massive production.

With hundreds of people involved in each task, it’s an example of production logistics at its best. As of this writing, the fan bleachers are already up, and Hollywood Boulevard will close for more than a week beginning Sunday, February 15. One lane closed a few days ago. Ultimately, all four traffic lanes will be buried in plush red carpet and bathed in the warm glow of a countless number of high power movie lights.

Just for the arrivals area, in the midst of all the lights, cameras, iconic 20-foot tall Oscar® statuettes, huge floral displays, fan bleachers and multi-tiered press risers, there are a few thousand people involved just on Oscar® Sunday, not to mention the installers and crew working the entire week before to build the set. The set designers started working on it last summer!

On show day, there are; camera operators, sound and lighting technicians, still photographers (that was me at the 75th and 76th Oscars®), photo editors (that’s me again at the 86th and this year), runners, set and floral designers, a producer from each television network from around the globe that is represented at the event, directors for each television camera crew, reporters (television, print, radio and online), celebrities (and their agents, managers, personal assistants, makeup artists, hair stylists and sometimes their fashion designers, along with a few shoe and jewelry designers), publicists (and their assistants), security and police (-lots- of security and police), guests (at least a few), and those boisterous fans in the bleachers.

It’s a massive, cacophonous effort, one I’m proud to be a part of again this year!

The 87th Annual Academy Awards® will be broadcast live on the ABC Television Network from the Dolby Theatre at Hollywood & Highland in Hollywood, California on Sunday, February 22, 2015 at 7PM Eastern/4PM Pacific. ABC will also be Streaming Live Oscar Sunday from the Official ABC Oscars Website.

Working in Hollywood since 1995, Lee Roth has amassed a wealth of relationships with entertainers, executives and creatives at all levels of the entertainment industry. It is these relationships that Roth Stock Pictures draws upon today. We seek to bring quality content to market that will engage audiences on all platforms. View all posts by Lee Roth

All photos, text, and certain audio/video clips where noted, contained in this website are © Lee Roth / Roth Stock Pictures.
ALL RIGHTS RESERVED. 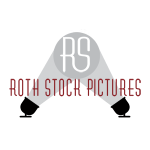